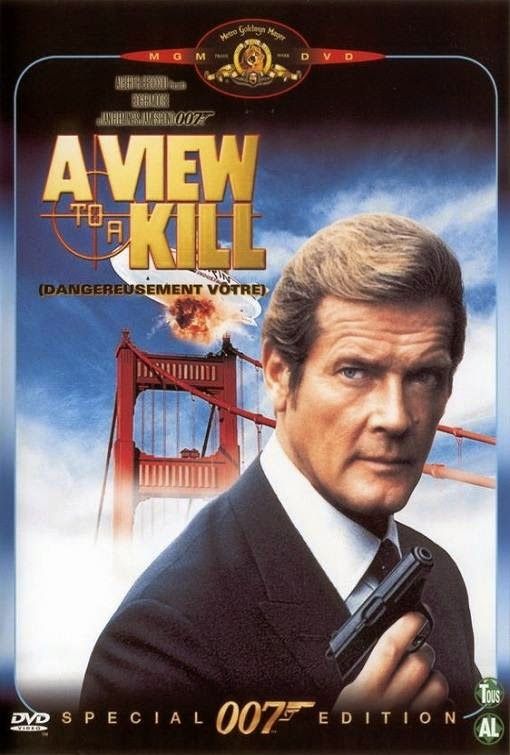 A young woman (Kathleen Lloyd) working at Hart Industries becomes obsessed with her boss, Jonathan and mimics Jennifer's appearance to replace her. Peggy (Kathleen Lloyd), a crazed employee at Hart Industries, has developed a psychotic and obsessive crush on Jonathan and has dozens of photos of him in her room, but *only* him; none of him and Jennifer. Determined to become the next Mrs. Hart, Peggy gets a feathered hairdo like Jennifer and decides that not only will she take up being Jennifer's dark-haired double, she will kill Jennifer so she can marry Jonathan. After several unsuccessful tries, Peggy thinks of an even sicker way to kill two birds with one stone, or rather, one bird: Jennifer. She plans to let Jennifer live if Jonathan promises to marry her. Will there be a new, psycho Mrs. Hart or will Peggy be defeated? Watching and reviewing these out of order can be very interesting, because this is another episode about Jonathan having a stalker – only it's not another one, it's the original one. I was wary at first, but the fact is that this is a very different episode than season 5's "Hartstruck," and I really loved it. The extremely recognizable and very talented Kathleen Lloyd plays a Hart Industries employee who falls in love with Jonathan and goes to great lengths to emulate Jennifer in an effort to get his attention. A work party J&J throw (OMG, the '70's goodness at this party – "Come on, it's called the Boogie!" hahaha!) makes for one incredibly interesting block of compelling eye candy. I don't mean hotness, I mean dialogue and direction that can't really be explained, it just sucks you in. Extras get some lip action, beautiful camera shots from above show the depth of this beautiful set, an understanding of the upstairs layout between stairwells, detailed set dressing whether it made sense of not (a set of legal books?), and Stanley being Mr. Strikeout. Kind of mixed feelings on that, actually, because as pointed out to me by babsfan8816 in a message board thread, the continuity here is off, and that's disappointing. The introduction of Stanley in "Jonathan Hart, Jr." has the character married with kids, and not quite as goofy. The episode basically ends up going where you think it will, but it was still kind of riveting, really. You know the minute Jennifer says she'll kill herself if she spills anything on her dress that she, indeed, will be doing so, and that will set up a whole suspenseful series of cat and mouse stalking that definitely got my blood pumping (No one notices the crazy girl upstairs?). It also allowed for a more intimate look at the very best closet in the history of the world that would, without a doubt, rival that of Carrie Bradshaw. Of course, Jonathan's knight in shining armor routine – whenever we get to see it – is always a win. I also loved J&J's detailed dialogue trying to figure out who the stalker was; they didn't need those lines, but they provided a lot of good context for their relationship. Hands down my favorite part of the episode were the scenes with Deanne, which I know sounds boring, but I love when good B-characters are used so well, and she was. She had some fantastic screen time, and she delivered her performance really well. In one line, she explains the bottom line of who Jonathan Hart is and why someone would end up going cuckoo for cocoa puffs over him like this. A characterization that would hold up so well that believing it a second time for "Hartstruck" is not that hard to accept: Jonathan is nice to everyone, treats them all with true kindness, and someone who isn't quite all there might take that the wrong way. Yep, sums it up. Deanne's a smart cookie. Maybe that's why she disappears by the end of the series, cuz she's been promoted. One would hope. That said some nitpicks: A) I'd like to know where Deanne stores her stuff, B) Mata Hari rhymes with Gotta- Sorry, not Hat-uh-carry – do your homework! C) Poor Tony the travel agent is gonna have a really hard time pulling those bandages off, D) the cop is a bit of a jerk for no real reason. But those are just nits, it's the Stanley continuity that made me knock it down a point. Otherwise a very good ep with great direction and, if nothing else, an impressive Robert Wagner shrine. A better title might have been "Obsession," or even "Split Personality." Jonathan finds that he has a secret admirer who eventually musters up the courage to try to take if further. However, his machismo gets in the way of considering the initial ventures a threat...it takes something close to fatal to do so. That's also what it takes for the competition to reveal themselves. Meanwhile, a smarter Jennifer picks up the too-obvious clues from her competitor who isn't very careful in covering up her trail.

The storyline flows well, despite not covering new territory, and the fight scene for the finale makes one wonder how Jonathan instinctively knew what to say to neutralize his adversary.

Despite the aforementioned flaws in the storyline, a fair episode.

Submitted 12 hour(s) ago by leomeorad