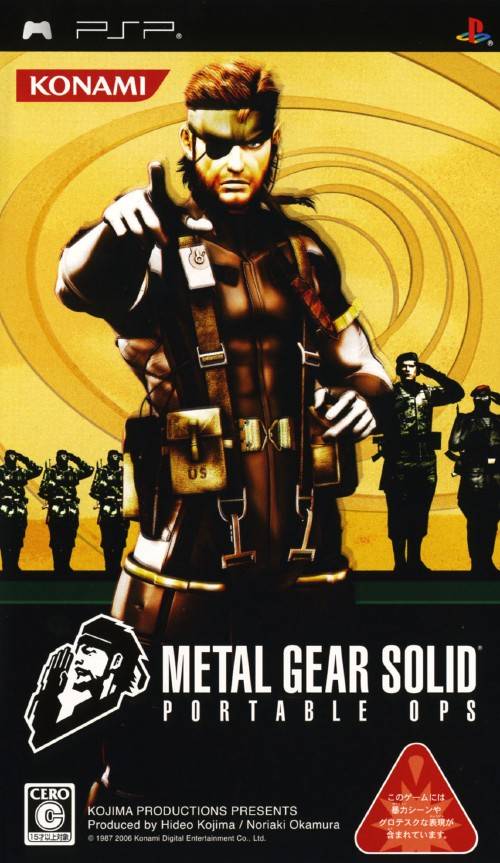 Based on the 1998 video game. No one really knows. There was talk a while back stating that the movie would be a completely different storyline from the games, but still have all the original characters in it. Although talk since then has died down. According to what little information is available, it will be a live action film. According to IGN.com, David Hayter will not be a part of this film. He submitted a "treatment" (a short outline) for the movie, but this was turned down.

He is currently encouraging fans to contact the producers, in the hope that they will reconsider his treatment. Executive producer and writer. Kurt Wimmer was approached to pitch a take on adapting the Metal Gear Solid franchise but Kurt Wimmer is NOT directing this film.

Paul W.S. Anderson, videogame director of Mortal Kombat and writer/director of the Resident Evil series said in an interview that he is interested in adapting Metal Gear. But it is unknown if this movie will be made. Paul W.S Anderson German counterpart has also expressed interest in the property. However it is believed that Hideo Kojima has personally ruled out both directors. In late August 2012, Konami issued a press release stating that a live-action film was in in pre-production. The film is being produced by Avi Arad, with their production company Arad Productions as well as Columbia Pictures. Distribution and production will be handled by Sony Pictures Entertainment. At the announcement, Avi Arad stated that for many years I fought to bring comics to theaters and video games are the comics of todayWe will take our time and tell the story with all the nuances, ideology, cautionary tales needed. Kojima and MGS movie director Avi Arad were considering Hollywood actor Hugh Jackman. Since then, theyve reportedly decided to instead search for a lesser known actor who isnt well known from other roles.

Submitted 6 day(s) ago by Moekrleorp

Submitted 11 day(s) ago by hlynurjosteinsson

Submitted 19 day(s) ago by debeilaa

Submitted 20 day(s) ago by clarkolaa