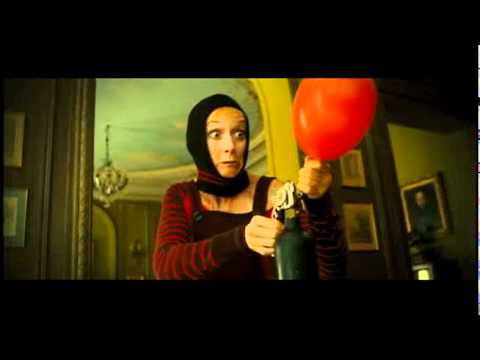 
Avid movie-watcher and video store clerk Bazil has had his life all but ruined by weapons of war. His father was killed by a landmine in Morocco and one fateful night a stray bullet from a nearby shootout embeds itself in his skull, leaving him on the verge of instantaneous death. Losing his job and his home, Bazil wanders the streets until he meets Slammer, a pardoned convict who introduces him to a band of eccentric junkyard dealers including Calculator, a math expert and statistician, Buster, a record-holder in human cannonball feats, Tiny Pete, an artistic craftsman of automatons, and Elastic Girl, a sassy contortionist. When chance reveals to Bazil the two weapons manufacturers responsible for building the instruments of his destruction, he constructs a complex scheme for revenge that his newfound family is all too happy to help set in motion. A man and his friends come up with an intricate and original plan to destroy two big weapons manufacturers. Basil grows up without his father who has died while defusing a landmine. He is hit in the head by a stray bullet which cannot be removed. He wanders the streets until he is taken in by a strange group of misfits who decide to take on the arms industry by infiltrating and plotting schemes which place the military contractors against one another.

Although filled with off beat characters who seem to be circus performers, director Jeunet delivers a message of hope for nonconformists everywhere and those different people who don't fit in with the rest of society. This is Jean-Pierre Jeunet's tale of a man and his adopted family of crazies (the director described them as a version of Snow White and the Seven Dwarfs at a Tribeca film festival Q&A) who take on the the munition companies that were responsible for the mine that killed his father and bullet that is in his head. Its a sweet little film that rambles around for about two hours before having a more or less happily ever after ending. I enjoyed the film a great deal (I enjoyed listening to the director speak before and after the film more), however the film never builds to any sort of grand conclusion. Sure the ending is happy, but it kind of leaves you wondering if thats it. I know I, and several people around me at the Tribeca film festival were wondering why Jeunet likes to watch the last 10 minutes with audiences since it didn't provoke much of anything, no laughs, no applause just a sense of thats nice. Don't get me wrong, its worth seeing with wonderful characters, a few great set pieces and lots of in jokes (there are bill boards for the film in the film), its just more a diversion than anything else. Nearly everyone, and everything, in Micmacs is at one point or another guilty of trying too hard. The director, Jean-Pierre Jeunet, has suggested the word "Micmacs" could be translated as "shenanigans" (meaning to be mischievous or deceitful). The rest of the title "à tire-larigot" could be translated as "non-stop" or "all the time" -- therefore, the title could be translated to English as "Non-Stop Shenanigans" or "Shenanigans All the Time".