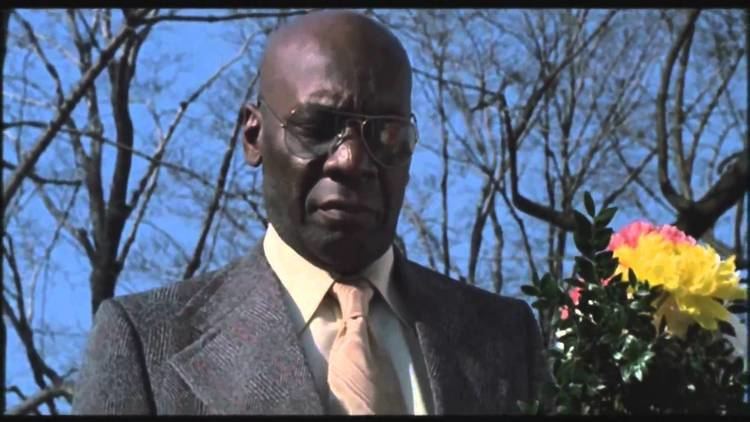 A gangster in Harlem must rescue his ex-wife, who has been kidnapped by the Mafia. Tommy comes from a forced rest period due to injuries suffered in Harlem's gang warfare. With the help of his girl, he will reorganize his gang, and overcome his rival gang leaders, through extreme acts of violence and death. The beginning of this sequel to BLACK CAESAR reminds me a lot of the old movie serials. At the beginning of each serial episode, they show part of the previous episode and in some cases they actually changed what happened in the previous episode! I remember seeing SPY SMASHER a long time ago and in several scenes he appeared to die--yet when they showed the following episode he actually didn't die after all! Kids loved these films so most didn't question these inconsistencies. Well, the same thing happened following BLACK CAESAR. Fred Williamson's character (Tommy Gibbs) is left dying and beaten by teens at the end of the film. Now in HELL UP IN HARLEM you see many of the same scenes from the end of BLACK CAESAR--but this time there is no dying scene where the man is pummeled by teens and he is not all alone. Instead, Gibbs' father shows up to save him along with a posse of friends--even though this clearly is NOT how the previous film ended and the father (Julius Harris) is a very different character than he was in the previous film. These sort of inconsistencies about in the movie and I guess the character was too good and American-International Pictures decided to bring him back regardless of whether or not it made much sense.

In this film, Tommy is a bit different than the last film. In BLACK CAESAR, Tommy was 100% unlikable and bad--a truly despicable guy. However, here in HELL he's more like a crusader as he fights corrupt government officials and mobsters. While some of this action is pretty good, the latter portion of the film is pretty silly even by Blaxploitation movie standards. That's because Tommy returns from an inexplicable retirement in LA and takes on the entire mob all by himself!! And, in many instances, he kills baddies in front of huge crowds and yet he always is able to escape unharmed!! In the final scene, the leader of the mob catches him at point blank range--yet the gun somehow miraculously jams! These scenes just don't look thought out and seem a bit sloppy--though exciting on a very basic level. In many ways, this sequel and the ridiculous way the guy takes on the mob single-handedly reminds me of SHAFT'S BIG SCORE--another sub-par sequel to an excellent Blaxploitation film. Overall, this is an okay film--neither as original or clever as the original and a film that seems like it's mostly action and very little plot--it's simply mindless brain candy.

By the way, at one point the film cuts to a scene on an island and the caption reads "an island off the Florida Keys". Well, I've been to the Keys and they are some of the flattest islands on the planet. Yet, oddly, this island is very, very hilly and there isn't a palm tree in sight!! Tommy Gibbs (Fred Williamson) is also known as Black Caesar, he finds himself shot by a corrupted police officer in the middle of the street in New York City. Since Gibbs is an well-known gangster, he has the ledger with the name of every bad cop and government officials on the mob's payroll. Gibbs is now public enemy number one in the city. He brings his father (Julius W. Harris) to the mob, Gibbs teaches his father every he knows. But someone in the gang is double-crossing Gibbs and he knows, there will be hell to pay. Revenge looks sweet for Black Caesar.

Written, Produced and Directed by Larry Cohen (It's Alive Trilogy, A Return to Salem's Lot, Q:The Winged Serpent) made an amusing, violent, if sometimes unintentionally funny sequel to "Black Caesar". Cohen is at his best, during some of the action sequences, the quick-paced editing and hand-held camera work. Williamson and Harris are fun to watch in this movie. Although the movie looks rushed, the story isn't as clear as its supposed to be and the film is quite sloppy at times.

DVD has an sharp anamorphic Widescreen (1.85:1) transfer and an decent Dolby Digital 2.0 Mono Sound. The DVD's best feature is the humorous and informative commentary track by Cohen. At times, his commentary track seems to be more entertaining than the movie! DVD also includes the original theatrical trailer and an teaser trailer. "Hell Up in Harlem" is a lot of fun, despite some real flaws. Some of Edwin Starr's songs are quite good. If you are an fan of Soul Cinema in the 1970's. Don't miss it. (*** ½/*****).

Submitted 34 minute(s) ago by vibrasionmadat

Submitted 35 minute(s) ago by evalync07

Submitted 54 minute(s) ago by catalaya18

Submitted 1 hour(s) ago by aureliapena47

Submitted 1 hour(s) ago by evalync07