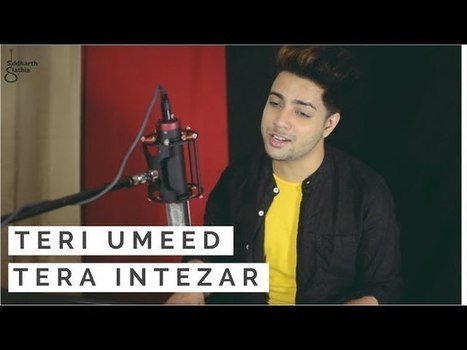 
Mystical order of the Keepers hires master-thief Garrett to find, steal and destroy artifacts that their prophecy describes as keys to releasing an ancient evil. Garrett is about to face his greatest, scariest and deadliest challenge yet. I've started a lot of video games, generally after sitting and watching my husband play them first.. They always look so fun, but once I start playing them, I just get bored.

My husband was playing Thief1 & 2 when they first rolled out.. I started both, but never finished. By the time I got to the 2nd chapter, boredom set in, and I just never got immersed in it. I did however, get immersed into some of the wonderful player made modules made for this wonderfully open sourced game.. there is a whole cultish following out there still making wonderful missions for this game.. but I digress.

Thief 3 was given to my husband for his birthday by a gleeful daughter and myself. He never picked it up.. Never had time to, between blogging and Doom 3, which was a family event at the time. So, about 4 months ago, I decided to give it a go..

By the second location, I was hooked. Completely immersed in the character as FPS. The sounds were fantastic.. The loading times were long but they were also in the first two. I mean, look at the scope of each section.. might take a minute for your computer to get a handle on it. I did the whole faction thing too. That has to be the coolest addition to the game. And I was seriously creeped out by the cradle.. I wound up killing most everyone in the game.. didn't get all the loot, but had a heck of a good time. Ask my husband, who had to endure listening to cut scenes over and over while I reloaded and tried it a different way..

Hehehe.. it is so good, that this girl with the attention span of a ferret, is giving it another go... with the intention of not killing a single person. *sigh* it's already taking longer, but hey.. as a master thief, I should never be seen until I'm at my fence.. as the guard would say as he's re sheathing the sword "must have been the wind".. I started my Thiefing back in the day, with a demo of "Thief: The Dark Project". I tried it a dozen times, I never 'liked' it. In fact it infuriated me. But then, I actually started to pay attention, and once through the training mission I fell in love with Baffords Mansion and the intrigue. Since then I've never looked back. It only slows you down when you're fleeing from guards screaming "Taffer!" in your direction.

Thief3 is, therefore, something of a leap. Thief1+2 were both firmly entrenched in FPSville, and the limitations (and advances) of the game engine. Thief3 goes more towards console gameplay and Splinter Cell. Unfortunately it neither truly achieves a satisfying result despite its good intentions.

You'll get more out of the game if you play it as an FPS (rather than 3rd Person). As an FPS you feel more immersed, rather than simply watching your 'character' move around. It also makes you consider your positioning with regards to shadows, walls, and doorways, you'll find yourself craning your neck to look around corners, utilising the lean buttons and similar. In 3rd Person this immersion is lost as you already have a somewhat superior angle of view (and with the 360 rotation you can achieve the impossible of walking in one direction whilst looking in another with the 'camera'). I made the mistake of playing the game as an FPS and not 'liking' it (the head wobble, the slowness of movement etc) after having played Splinter Cell. So I tried playing it in the 3rdP. I managed 2 chapters and lost interest.

2 years later, in FPS, I'm back into the game, back into the mood and enjoying every second. No it isn't as rounded or fun as the originals, and I don't think you have the same bunny hopping, object stacking, frobbing, and box jamming, freedom as you find in the truly fantastic Thief+Thief2 - but it makes up for it in other ways.

I just miss the mechanical edge of Thief2, and water....oo oo and Taffers! And Bear Pits! Yeah, yeah, I'm going to the Bear Pits tomorrow! And upside down mansions! If you wonder what I mean by the above, get your hands on Thief1 and Thief2.