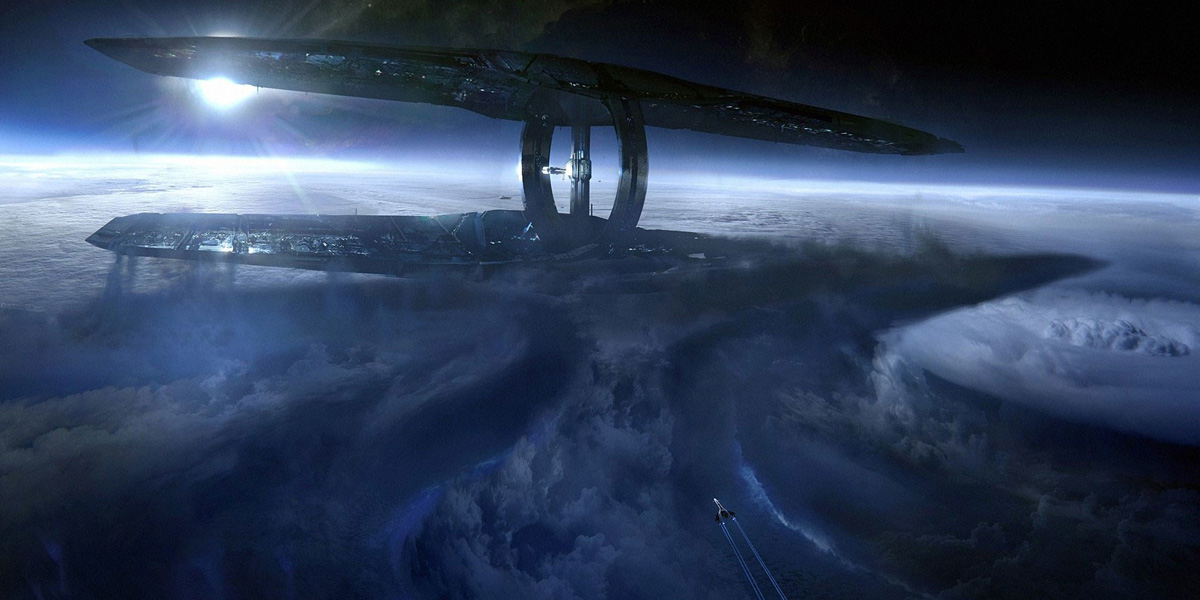 A Pathfinder searches the galaxy Andromeda for a new home for Humanity since Earth has been threatened. This new prodigy can explore planets, customize their crew and vehicles while ridding the Andromeda galaxy of enemies for one purpose: To find a suitable planet to call 'Home'. In the distant future, a team of interstellar colonists enter the galaxy "Andromeda" with the hope of adventure, but as they encounter perilous conditions, as an unknown threat lurks in the darkness, things do not go according to plan for these colonists. Andromeda was crap plain and simple... They have killed the franchise because they produced a turd. And hardly anybody bought it. That is the simple truth. Regardless of your thoughts relating to the ending of Mass Effect 3 back in 2012, at least the Bioware team making that game had the excuse of being under the gun to create something in 18 months that was not only new, but also to build upon technical advancements made in Mass Effect 2. Such a limited timescale no matter your resources, leaves little time to explore the creative aspects that often need much input and refining to really make the material into something that will be interesting, and impactful to the gamer playing it.

I do not however, have such sympathy for the team that made this mess. Who not only had over 5 years, a budget of over $40million, but most crucially a free creative pass to make almost any sort of Mass Effect game they wanted to. The drip-feed releases of screenshots and game footage showed promise, especially with Mass Effect now transitioning to the Frostbite engine. The changing of the November 2016 release date to March 2017 again showed promise, that Bioware & EA were actually going to take real care with Mass Effect after they damage they took in 2012. I myself was quite hopeful that this was going to be a great game to put things back on track.

Then we got to play the game for the 10 hour trial, andoh my. If it wasn't a matter of public knowledge they spent 5 years on this, I'd have thought they cobbled this together in a year, and then didn't bother to QA or beta test it. If there wasn't such a thing as a 5 year rush job for a production of this nature, then Mass Effect Andromeda is the first. Graphically the game is nice, and some of the scenery can even be breath-taking, but now we get to what really brings it down. The animations, specifically character face ones. I've never seen backwards progress on such a thing until now, the ones from the original Mass Effect back in 2007 are better than these ones, and they weren't the best to begin with! With this being a game you spend hours talking to people, this is a key basic you need to get right. When characters greet the news that they've lost a friend or family member with their eyes darting around, and producing a goofy, vacuous smile like they have mental issues, then you have a fundamental problem with your game. Serious stuff ends up inducing laughter, and the actual comedy just becomes slapstick comedy since even punches characters make don't connect as if you were watching WWE.

Enemies glitch out of nowhere, your party members glitch all around you in combat, NPCs appear/vanish from thin air, some cutscenes don't trigger, some quests don't advance, dialogue in hub areas all cut one another off, so you can't listen in to any of it. Heck, there was even a bug where my character turned into something like the liquid metal T-1000 from Terminator 2!

It ends up being death by a thousand cuts, a few of those issues you could live with, but being so many of them that directly impede or taint your experience, it goes beyond farce and definitely beyond unacceptable. It's not worth talking about the story or lore, which have their own issues.

At the most basic level, Mass Effect Andromeda fails to be a good, solid game first and a Mass Effect game second. There is undoubted potential here, but it's all ruined by the awful work made of putting it together. There's so much wrong that if you couldn't laugh at it, you'd cry instead.

Don't bother getting this for at least a year, when they've hopefully fixed it or you can get it at bargain bucket prices. It's not worth your time or money in its current state, more importantly a purchase for this game now, is telling Bioware & EA that it's okay to release games in this state, and it simply isn't!

Submitted 21 hour(s) ago by eliasrao