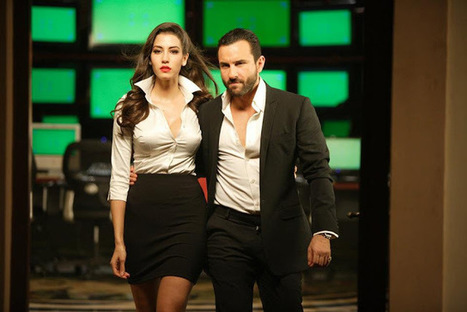 A short tale about the demons that slumber deep in the human soul and have the power to push people into the abyss of blind hate, fury and rage. This short was simply amazing, in my opinion.

It not only had an incredibly good animation (Which shows once again how CGI could be used in a creative and artistic manner.)but it also had a very strong message about how hatred is able to dehumanize people and lead them to a mutual destruction.

It must be said that this message is delivered without a single bit of sentimentality: In fact, I will dare to say that there is a certain level of aggressiveness in the way in which "Paths of Hate" shows how the hatred could reach totally absurd and inhuman levels, but I have to admit that (For me, at least) this short worked much better than many other war-movies that I've seen in my entire life.

I particularly enjoyed the comic book-esque aesthetic of the designs, giving "Paths of Hate" a very cool and stylish visual quality from beginning to end.

The final result is more than impressive on every single level.

10/10 "Paths of Hate" is a 10-minute animated short film from 2010, so slightly over 5 years old. It is a Polish production and the writer and director is Damian Nenow, but don't worry English speakers, there is no dialogue in here. It is the story of two fighter pilots going against each other and this is also the main problem I have with this subject. People in this situation do not hate each other. They rather respect the enemy because he is in the exact same situation and it's a skill match-up who will live and who will die. And it is absolutely nothing personal in a way like it is depicted in here. This is the main reason why this film as a whole does not make any sense to me. Yes, it is fine to look at visually, but story is more important and the very random use of rock music near the end isn't helping either. I hope Nenow has stepped things up a bit since he made this one as it simply is not a good film. Thumbs down from me and not on par with some of the other recent Polish animation filmmaking, which is pretty great.

Submitted 127 day(s) ago by advsoftware

Submitted 146 day(s) ago by williamsmith64

Submitted 146 day(s) ago by advsoftware

Submitted 157 day(s) ago by freegameshd