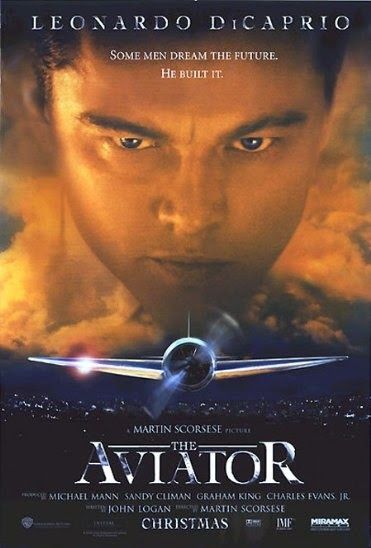 
An animated series based on the popular movie of the same name. Jay, Kay and Elle are back as the men (and women) in black, a top-secret organization set up to deal with extraterrestrial immigration and keep the general public from knowing that aliens have arrived on Earth. The continuing adventures of Agents K and J as they deal with problems with extraterrestrials in New York City. No, it's not the sequel to the summer blockbuster, but it's still a great series. We have Kay and Jay together, defending the earth from dangerous aliens, along with Elle at the sidelines and in the labs, and Zed the boss overseeing the whole operation. The stories sometimes seem contrived, but they are entertaining because they reveal some element of our world that makes perfect sense but is incredible. The best part of the series is the interaction between Kay and Jay. Kay has that deadpan attitude, and Jay is the wild eyed wonder. My only gripe is Kay's voice, which doesn't sound anything like Tommy Lee Jones. However, a re-cast in the second season has solved the problem. The animation is very smooth, and the art style is very quirky. The look is very stylized. However, there isn't as much detail to faces. But the settings, like MIB headquarters and vehicles, mainly the Ford LTD with tons of gadgets, are all rendered well. By the way, this series apparently takes place after the movie (there is at least one flashback to it). If you're wondering how Kay rejoined the MIB, there's a comic book called Men In Black (Retribution-note: that word is not on the cover) that bridges the gap. This series is a testament to the power of the animated medium. MIB: The Series (MIBTS) takes everything established by the wildly popular and immensely cool 1997 flick and runs wild with it. Everything that movie set up was expanded upon here in a manner live action productions can't match. Even the 2002 MIB sequel wasn't able to capture the energy held by this program.

MIBTS covers so much more than the movie, the original film nearly feels obsolete by comparison. We get more, much more detailed info on Agent K's past as well as on the history of the MIB. The ever droll Elle was graduated from NYC's M.E. to a regular roll as the MIB's chief science officer. The Worm's affection for coffee was explained in full. Frank the Pug and Jeebs were fleshed out past being purely comic relief. When not adding detail, MIBTS adds gobs of new material to the mythology of the Will Smith & Tommy Lee Jones blockbuster.

There's Agents Aileen and Eidi, aliens from an off planet branch of the MIB. Zanzar Canicas is an extraterrestrial symbiote who occasionally teams with Agent J—but not for more than 24 hours at a time. Agent X was another extraterrestrial alien agent of the MIB who worked planet-side and held a rather skewed view of humanity. Dr. Zan'dozz Zeeltor was brought in to serve as the MIB's new tech guy whose experiment often had unwanted and comical side effects.

On the bad guy side was Buzzard, an intergalactic bounty hunter who butted heads with the MIB more than once. Dak Jeebs was the psychotic twin brother of Jeebs. We got to see the Bug Queen, mentioned in the original film by Edgar. When not picking his feet or wreaking havoc, the pyrokinetic alien Drekk was always planning on boiling his enemies alive. And then there's Alpha, who's in another class all by himself.

K's former partner, Alpha was the definitive baddie of MIBTS. Going rogue long before J was in the picture, he liked to graft alien body parts to his anatomy. Each organ or limb he stole did more than make him powerful. They also rendered him extremely grotesque. Every time Alpha showed his face, he looked worse and worse as his plans became darker and darker. Finally, towards the end, he looked like a zombie. The agents of the MIB and even the most intimidating E.T. was scared spitless of Alpha—fitting since the body parts he accumulated never came willingly.

While much of the show was stand alone in nature, certain events managed to successfully establish a loose continuity. One of these is J's eventual transformation from being a borderline liability to a bonafide asset in the field. You can tell what season an episode is from based on how effectively he handles a situation and on K's attitude towards him. Aside from this are the numerous appearances of Alpha, Elle's promotion to field agent and numerous additions to the cast all serving to set things in a loose order.

MIBTS effortlessly outshined the movie it was based on and the sequel which came after it. So if you're a fan of animation; irreverent, science-fiction; or the Men in Black franchise, you need to seek this show out. It can be found in syndication on the Hub (in the States) online or on iTunes and is quality programming.

Regarding its availability, WTF Sony? MIBTS ended its run over ten years ago, yet not one episode has been released on DVD? This is a good series fit for the whole family to watch. As such, it deserves a little more respect than this—especially since MIB 3 is due in theaters in 2012. It's time for this gem to be given its due on home video. I'm not talking about 3-4 episodes a disc. I'm not talking about full season box sets either. I want a complete series box set containing all 53 episodes across all four seasons. But, after this much time, the pot should be sweetened.

It should have all the bells and whistles including, but not limited to: character profiles (a who's who of the MIB); an armory feature (detailing all the notable tech); deleted/alternate/extended scenes (if possible); cast and crew interviews; making of featurettes; a photo gallery; a five minute speed through of all the major events on the series, set to an extended mix of the title theme; selected commentary tracks; and a healthy dose of advertising for the upcoming MIB III. For all these features on top of nearly 20 hours of topflight content, you could name your price. It's just something to think about, Sony.