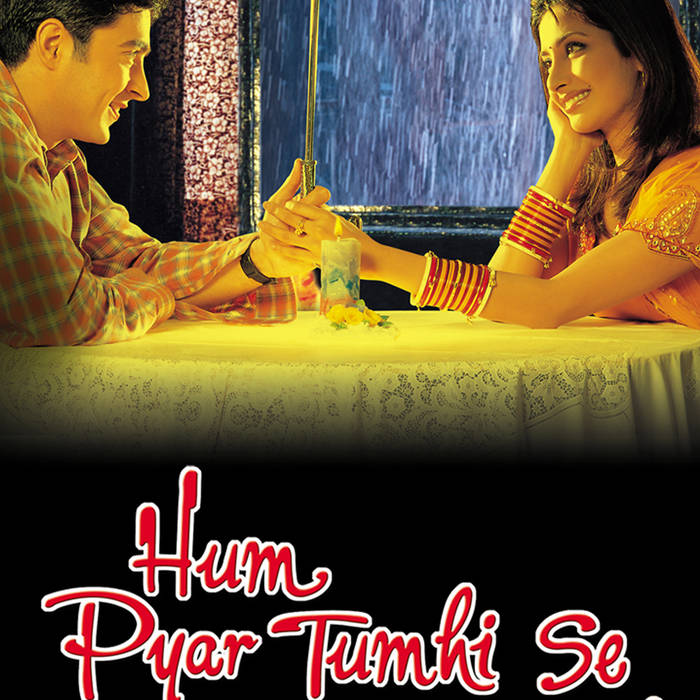 
Jhanga (Ajit) is a cruel, brutal, and heartless dacait, who has terrorized the entire countryside. The police are unable to capture him, as he has several hideouts and nearby villagers are afraid to give out any informaiton, fearing the reprisal of his wrath. A black cloaked horseback rider (Feroz Khan) is looking for Jhanga, to avenge the death of his dad, a judge (Satyen Kappu) who had convicted and sentenced Jhanga, however, whenever he comes close, Jhanga manages to escape. Then five men, all petty criminals, come to claim the reward for handing over Jhanga to the police. These five men do not trust the horseback rider, and will not have anything to do with him. While these men waste time who gets to Jhanga first, Jhanga is safe in his hideout, planning more attacks on the hapless community. Will Jhanga ever be apprehended? Since being introduced by a friend to the stunning Bollywood Western Sholay,I have always wondered if there were any other Dacait "Curry Westerns" that have been left in the shadow of the landmark film.Deciding to at last search round to see if I could find any hidden gems.Doing a detailed search on Ebay,I was absolutely thrilled to eventually find this good looking "Curry Western" staring right back at me,and also being sold at an unexpectedly cheap price.

Seeing his father get brutally murdered by a powerful,and much feared Dacoit called Junga.Ramu is met by an unnamed all-black wearing cowboy,who covers Ramu's father body,and then tells the gathering crowd of villagers that they should be ashamed of always standing back and letting Junga and his tough bunch of outlaws have their way.As Ramu begins to grieve,four friends/relatives of Ramu witness the ruthlessness that Junga and his gang are using to control the towns and villages.Paying a visit to the near by "big" city,Ramu starts to help in making his four friends/relatives form a gang that has one simple purpose:to permanently send Junga and his outlaws out of town.Getting word from a local dancer who works at a dancing brothel, that Junga's brother is planning to attend later in the night,the gang start to prepare for a secret attack,whist the mysterious all- black wearing cowboy prepares to finally have his revenge on Junga

View on the film:

Although the screenplay by three uncredited writers!( Harish Khatri,Ramesh Pant and V.D. Puranik) gives a strong suggestion that each member of the avenging gang will be given a sketch that allows each of them to be distinctive from each other,I was surprise to discover that director Ravikant Nagaich had made the two characters with the most depth being the brothel dancer, (played by the terrific Durga Khote) who unexpectedly allows Nagachich to take a look at womens rights!,and the star of the show,Feroz Khan as the mysterious cowboy Rakesh.For his performance in this enjoyable "Curry Western" Khan,gives Rakesh a great Johnny Cash style growl which really helps to create the feeling that all of Rakesh's life has been worn down to its bare bones,as his hope for revenge has started to fade.As the film opened with a catchy main title song,I began to get excited that composer Rahul Dev Burman had composed a score which would help to make the movie a roaring good time.Disapointingly,after the title track has faded, Burman covers almost all of the films score by stealing Ennio Moricone's astonishing score for the Spaghetti Western The Good The Bad and The Ugly.Along with Burman's music sheet stealing, Nagaich weirdly decides that along with featuring horses,the film will also feature cars and motorbikes in a number of its likable action scenes,which sadly causes any feeling that this film is set in a Wild West era to become badly tainted. Sholay was released in 1975 while Khhotey Sikkey came out in '74.And they share similar plot lines.City thugs Ranjeet,Narendra Nath,Sudhir,Danny and Dharmendra's cousin(I can't recall his name)with golden hearts and good intentions move to a village terrorized by vicious Daku Jhanga (Ajit turning in a particularly nasty performance)to help out their village bumpkin friend,Paintal.Their fight against Jhanga and his gang is what the film is all about.Hence the similarity to Sholay.But this film has a difference.And it's called The Man! The Man himself Mr. Feroz Khan,the undisputed king of Curry Westerns.Here he finally gets to play out a full fledged Indian interpretation of Mr. Clint Eastwood's character from Sergio Leone's Dollar Trilogy.He's a nameless,smooth talking,no-nonsense gunfighter clad in a black poncho out for revenge against Jhanga.Quite a few elements are "borrowed" from For A Few Dollars More(1965).Mr. Khan's theme,the pocket watch motive and the settling of accounts in the village circle are all here but they are Indianized and that's where this film scores. Also it's full of humour with all the five city thugs(who usually played villains)adjusting to the village life n' customs creating some hilarious situations.All in all one of the best Curry Western's ever made and it predates Sholay!

Submitted 12 hour(s) ago by williamtech25

Submitted 5 day(s) ago by dennisunderwoodusa