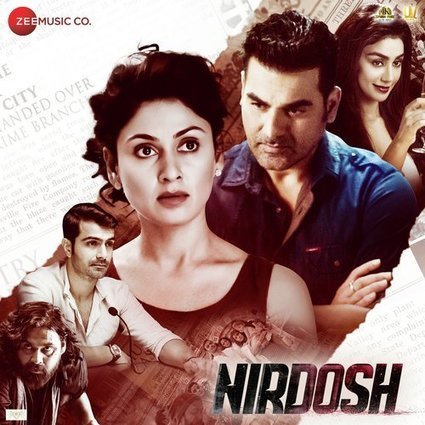 
The evil Brand X joins a supermarket that becomes a city after closing time. When the supermarket closes at night, the contents inside come to life! The shop becomes a living world for Dex Dogtective and all other creatures inside it at night time. However, with the new Brand X coming into the store, things take a turn for the worst. OK so I've claimed that The Little Panda Fighter is the overall worst movie ever made but Foodfight is what I call my most hated movie, now that's not saying it's worse than The Little Panda Fighter or as bad, but it's definitely more painful to sit through. This feels like an offensive ripoff of Toy Story, Who Framed Roger Rabbit and Wreck-It- Ralph, the stories are different but they are similar in their own ways, it's basically the famous icons interacting with each other with cameos from other icons story. But Foodfight? This is the most painful ripoff I've ever watched. The story is confusing, you will spend nearly the entire time questioning the physics in this. The animation while not as dreadful as The Little Panda Fighter is still incredibly lazy, not one character looks alive even though the film had a $65,000,000 budget, the animation when the film was first being developed was better at first but the original footage of that was eventually stolen so we ended up with these horrible visuals instead. The characters suck, they're all offensive, unfunny, annoying, ugly- looking stereotypes, there are even a few that look so terrifying you will have nightmares for who knows how long. My biggest issue with this expired product is the 3 main characters, Dex Dogtective, a half human half dog who's dressed up like Indiana Jones and is played by Charlie Sheen, Sunshine Goodness who's a young woman(human) with cat ears and is played by Hilary Duff, and the main villain, Lady X who's played by Eva Longoria. These 3 are INSUFFERABLY TERRIBLE, there are disturbing fetish references between these 3, what 2 human girls would marry and do the tango with a human-like dog?? It is just so disgusting. Even Jessica and Roger Rabbit's relationship doesn't seem as creepy. So overall I don't care if I had spoiled any parts, I'm doing this for your own sake, this thing probably asked for an extended warrant but didn't get it and got recalled. For the sake of our sanity BURN THIS MOVIE IN HELL!!!!!! Oh boy. This is probably one of the worst movies (animated or not) that I've seen in my entire life.

"Foodfight!" summarizes everything what is wrong with all the modern animated CGI films that try to imitate the Pixar formula, being atrocious at every single level. I just can't think anything remotely positive about this turd: The animation is awful and poorly made (I honestly think that shows like "ReBoot" or "Beast Wars" looked better than thisAnd those were done almost twenty years ago) the characters are obnoxious, unlikeable and (to add insult to injury) some of them are offensive stereotypes. The plot didn't made any single bit of sense, the jokes were dumb and inappropriate (I know that is a common practice for most of the recent animated films to include some hints of adult humor for the older viewers, but "Foodfight!" is just creepy. And also unfunny.)

"Foodfight!" is nothing but an ugly mess without any single redeeming quality. In fact, I think that it should be used as a textbook example of how NOT to make an animated movie. It is not even the kind of bad film that is entertaining to watch despite (or maybe because) of its many flaws. Instead of that, this is just something completely pathetic.