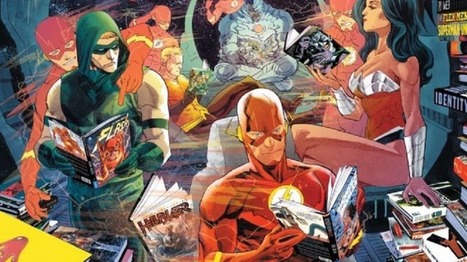 
Oliver introduces Barry to his own little fight club which features such members as Roy Harper, Laurel Lance, Malcolm Merlyn and Ra's Al Ghul. A review seems silly given this was a three minute promo, but it was so brilliantly done I feel it deserves one. The choreography was excellent, the music suited, the actors were obviously having so much fun- and that rubbed off on the fans. Excellent marketing idea.

The real thrill was in seeing all of these comic book characters on screen together being awesome as if they'd fallen out of a comics. Was it cheesy? Yeah. Was that a bad thing? No! That was part of its charm. Clearly given how viral it went we should see a follow up of sorts for Seasons 2 and 4 of Flash and Arrow respectively. Great job to all involved! This 4-minute short film is a promo for season-ending episodes of the television shows "Arrow" and "The Flash". I have seen "Arrow" season 1, at least some of it and I have not seen "The Flash", so i guess I may be unbiased enough to evaluate this very short movie. In my opinion, it is fairly pointless. Early on, the two heroes appear together in an elevator and the woman who is with them in there can't stop drooling and afterward it's all action sequences involving the two protagonists fighting. In the end we get a brief look at the villains (including Wentworth Miller from "Prison Break"), at least i think that's what they are. This is a short film which totally goes for style over substance and as if the visual side wasn't already uninteresting enough, the audio isn't much better. I did not like the song at all. At least as far as I am concerned this did not get me in the mood to watch any of the 2 television shows anytime soon. Not recommended.

Submitted 7 day(s) ago by kinggame123

How To Choose The Best Fantasy Football Team

Submitted 7 day(s) ago by chalsfarade

how to get robux from a promo code