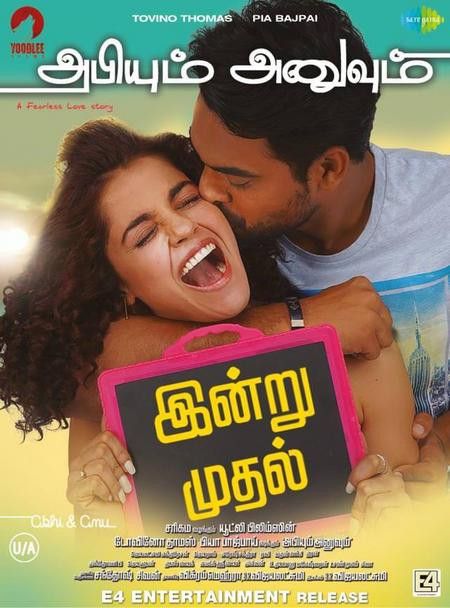 
A tough cop is dispatched to take down a serial killer who has been targeting police officers. In London, the violent Detective Sergeant Tom Brant is in trouble with the press and his superiors request a low profile attitude from him. When a cop killer called Blitz attacks police officers in London, Brant is assigned to the manhunt with his chief, the gay cop Porter Nash. His investigation shows that the criminal is the hoodlum Barry Weiss, but the police can not find any evidence against Barry. When he is released from jail thanks to his lawyer, Brant and Nash put Barry under surveillance expecting a new attack of the Blitz. Jason Statham could quite possibly be the most hardworking action star around today, lending his iconic form and trademark gruffness to just about every B-action movie aspiring to be something respectable. His latest 'Blitz' is no different- while it tries to be a gritty hard- hitting thriller, it is still no more than a B-movie about a tough detective who is roped in to track down a vicious serial cop killer. But as with other such genre flicks like 'The Mechanic', 'Crank', and 'The Transporter', Statham is the very reason that it works.

Here, Statham plays the grizzled London copper Tom Brant, who plays by his own rules, and can't quite be bothered by what his superiors thinks of his methods- imagine the British version of Dirty Harry, and you'll get the idea. To emphasise the kind of cop Brant is supposed to be, director Elliot Lester trots out the usual clichés- drinking whiskey in the morning; smacking his suspects with a hurley in the kneecap; and spewing F-words in almost every sentence. Such simplicity used to be the stuff of 80s and 90s cop thrillers, but Lester doesn't bother about the apparent anachronism.

Brant is paired with a new superior who's openly gay, and the subsequent interaction between the pair- especially a scene that sees Brant spending the night over at the latter's place- is one of the more refreshing elements in the film. There is good rapport between Statham and Paddy Considine (who plays said detective Porter Nash), and watching Statham hurl his typical tough-guy homophobic insults at Considine is great fun. In fact, it is perhaps more interesting than watching Statham go about apprehending the mass cop murderer calling himself The Blitz.

Aidan Gillen is the brazen psycho, and having honed his villainous skills in '12 Rounds', delivers a gleefully over-the-top performance that gives the movie a thrilling edge. But the film bungles the cat-and- mouse game between Statham and Gillen, especially in convincing why Statham would suspect the latter to be the killer. The glaring plot holes do no favours for the film, as does its poor characterisation- one of them in the form of a tabloid hack (David Morrissey) engaged by The Blitz to be his middleman with the cops.

Morrissey's thankless role has a companion in a young policewoman (Zawe Ashton) with a drug problem who gets embroiled with The Blitz. Both these characters pad out the film's running time, and make it slacker than it should be. The fault lies with Nathan Parker's script, his sophomore effort after the critically praised 'Moon'. In adapting Ken Bruen's novel (who is also the author of 'London Boulevard'), Parker can't quite pare the details down to a lean mean police procedural, instead allowing too many characters to spend time up on the screen for longer than they should. His director Lester is just as guilty, responsible for the odd tonal shifts in the movie that can't quite connect the dots from one part of the puzzle to another for its audience very well.

That the film manages to differentiate itself from the regular B-movie fare is thanks to Statham's raw charisma, who plays the brusque hard- worn detective right down to a T- even though his tough-guy shtick does admittedly lose its novelty after similar roles in previous movies. It's a pity then that Statham isn't in a better movie, for despite the violence, this remains a standard-issue cop thriller that isn't particularly compelling.

With hardly any character development, and a villain you know right from the start, it's just a matter of waiting for Statham to catch up with Gillen- and even that final denouement lacks the gratification we'd been expecting. For Statham fans, this is hardly the guilty pleasure of 'Crank' and 'Transporter'- perhaps the only consolation then is that Statham's next movie, 'Killer Elite', beside Clive Owen and Robert DeNiro is already on its way.

Don't bother with this film even if you do like Statham, saw it thinking "oh good, the big mans doing a British crime movie for a change", last time round he done the nice surprise that was 'The bank Job'. Unfortunately we get 90mins of clichéd characters, all underwritten going from bleak scene of violence to bleak scene of violence looking like their trying to solve why their in this movie, Paddy Considine guilty as charged, Aiden Gillen your a good actor so what was this about and Statham, mate you looked so bored in this not even a shot of adrenaline could have cranked you up a notch. If you want bleak inner city London and some action watch Toby Kebbell in The Veteran instead, a better film with more to say and leave this alone, a chronic waste of time with a scene of violence that compared to a similar scene in American History X is neither shocking or impressive, just nasty and unoriginal.

Statham mate start finding some better material or the ride will be over sooner than you think.