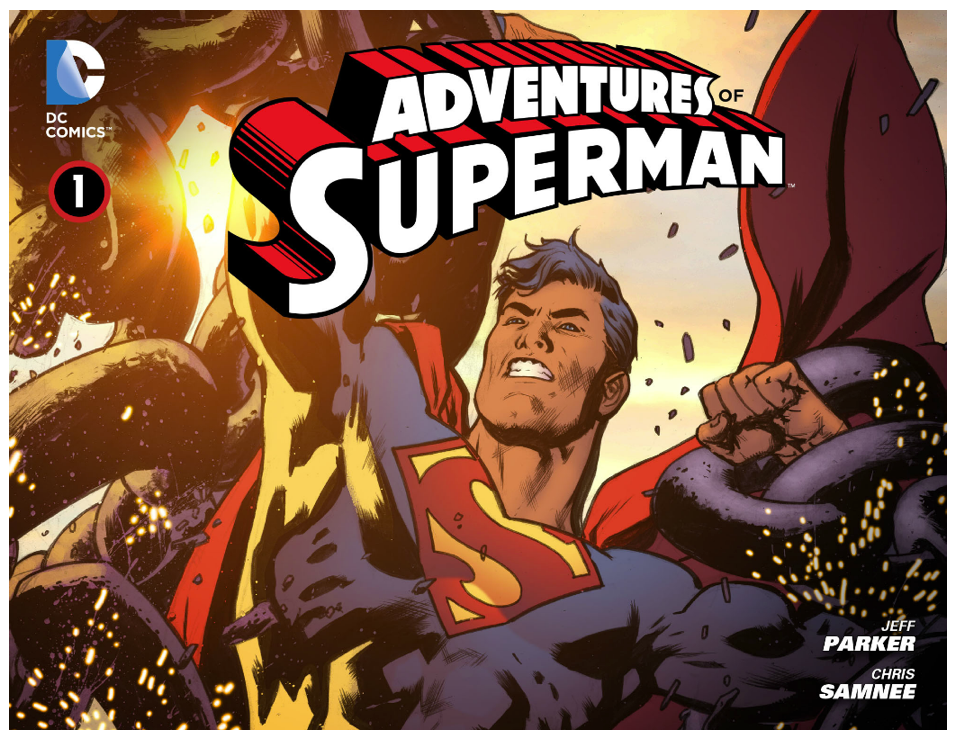 
"Faster than a speeding bullet! More powerful than a locomotive! Able to leap tall buildings at a single bound!" Mild-mannered reporter for the Daily Planet is really the greatest superhero of them all who "fights a never-ending battle for truth, justice, and the American way!" The Man of Steel fights crime with help from his friends at the Daily Planet. This is one of the most entertaining television programs I've ever seen, and also one of the best. My father was born two days before the show first aired (9/19/1952, my dad was born 9/17), and watched it all through his boyhood in between collecting the comics and listening to the re-runs of the radio show. He called me upstairs about a year ago to see an episode, of all things, the pilot, and I sat down with him and treated myself to a page out of history. Although the show was filmed on a shoe-string budget and a rather tight schedule, it is important to see how the show's level of storytelling is firmly responsible for it's success.

George Reeves IS Superman. The Best. His Clark Kent is straight out of the comics both past and present, and it's interesting to see how much he added to both characters, especially with his sharp tenor voice, and razor-sharp smile. Phyllis Coates IS Lois Lane. She's sharp, she's impulsive, she's unbelievably sexy, and it's a shame she didn't return for the second season. Noel Neill is a milder version of Lois which is mirrored by the Fleischer's version. She's sneaky, she's smart, and she always gets her story. Being that she played Lois in both of the Kirk Alyn serials of 1948 & 1950 (which I have yet to see thanks to Warner Bros. marketing scams) she knows what she's doing, but I don't think her Lois really comes out until the 3rd season. From there on in, she's solid. Who could ask for a better Jimmy Olsen than the one played by Jack Larson? If anyone can, they better keep it to themselves! Larson is perfect in the role and shows that he did his research of both the character and how an office boy's days usually run. It's also cool to hear his reminiscences of his tenure on the show on the DVDs. John Hamilton plays Perry White the way any newspaper editor ought to be played; with vim and verve and razor sharp toughness. His reporters would not dare miss a deadline in this case! My favorite supporting cast member however has got to be Inspector Bill Henderson as played by Robert Shayne. WHAT A VOICE! Here's a cop that really knows his stuff and keeps a stiff upper lip in the most confusing of circumstances, such as in the episodes "The Mystery of The Broken Statues", "Blackmail", "Clark Kent, Outlaw", just to name a few. Every actor that plays a policeman of some kind should look to Robert Shayne for inspiration because of the way he portrays Inspector Henderson.

Those of you who have yet to treat yourselves to this miracle of entertainment, DO SO NOW! It's still in print and available, so grab a set and enjoy. I know I did! I have the first four seasons to prove it, and can't wait for the last two. HURRY UP WARNER BROS.!!! I grew up loving Christopher Reeve, I love Smallville, I hated Lois and Clark: The New Adventures of Superman, and I hated Superman Returns! But, nothing can compare to George Reeve's Superman! (Ok, so Christopher Reeve is the one and ONLY Superman!!!!) After seeing only two episodes of the first season on DVD, I was blown away! The special effects aren't flashy, it's in black and white (duh!) The acting is far better than the acting was in Superman Returns (2006) sadly! He looked great as Clark and Superman! To be completely honest, he looked 100% better as Superman and Clark then Brandon Routh did! George stands right next to my favorite Superman...... CHRISTOPHER REEVE!!!! George Reeve's, even though he's dead, he blew me away! His scene's as Superman are short, but they are satisfying! Honestly, George Reeve's pummeled Brandon Routh! I didn't like Superman Returns!!! Bryan Singer ruined the legend that was Christopher Reeve, by casting some loser who bares no resemblance too him!!! George Reeve's was flawless!!! It might be an old show, it might be black and white, George might be dead, but one thing is for sure, George Reeve's and Christopher Reeve are...... SUPERMAN!! Tom Welling (Smallville) is definitely Christopher Reeve's heir too his movie's! First time I saw Tom, I thought I was looking at a young Christopher Reeve, I kid you not! He is Superman Returning!!! GEORGE REEVE'S, CHRISTOPHER REEVE, AND TOM WELLING....... ARE MY SUPERMEN!!!!!!!!!!!!! In the first season Phyllis Coates played Lois Lane. She left to concentrate on her movie career. Noel Neill who took over the role in the second season had experience since she played Lois Lane in the two Superman movie serials. Both actresses were recruited to play Lois Lane's mother: Noel Neill in the movie Superman (1978) and Phyllis Coates in the television series Lois and Clark.