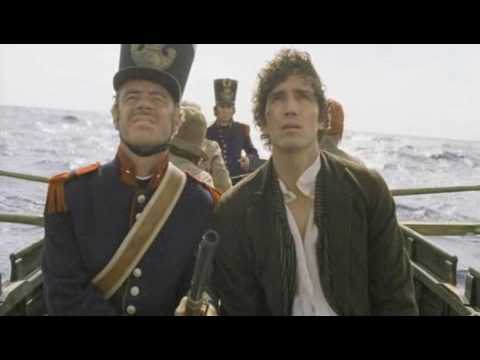 
A complete performance of THE COUNT OF MONTE CRISTO filmed as a stage play with curtains between the five acts: Act I. "The Sailor's Return," Act II. "Twenty Years Later," Act III. "Dantes Starts on His Mission of Vengeance," Act IV. "Dantes as the Count of Monte Cristo," Act V. "Dantes Accuses His Enemies," and "finis" at the end. This is the oldest known film of THE COUNT OF MONTE CRISTO. Also, it depicts the oldest known film of the San Diego coast. 1908 was a momentous year in the history of American films. D.W. Griffith became a director and, over the next dozen years, would transform film. Between him and his competitors, anxious to maintain their positions in an industry that threw off millions of dollars of profit every year, they would change the standards of acting, set direction, lighting... everything.

But it was 1908 when this movie was made and no one knew anything about those things. Well, no one in the US. We have here excerpts from the stage play, consisting of Dantes being arrested (the Abbe appears as a corpse. Their imprisonment is summed up in the title "20 Years Later"), the corpse being thrown over the castle walls, Dantes pulling himself out of the water, Dantes digging out the treasure of Monte Cristo and three quick deaths. Poof.

Of course you can't even begin to hint at the complexity of the novel in eight minutes. Four hours does not do justice to the sumptuous details. Eight minutes is pitiful. But it does show you how much things improved and how quickly once they got going.