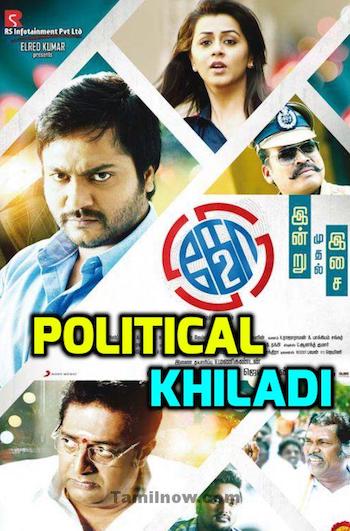 
A Las Vegas magician who can see into the future is pursued by FBI agents seeking to use his abilities to prevent a nuclear terrorist attack. Las Vegas showroom magician Cris Johnson has a secret which torments him: he can see a few minutes into the future. Sick of the examinations he underwent as a child and the interest of the government and medical establishment in his power, he lies low under an assumed name in Vegas, performing cheap tricks and living off small-time gambling "winnings." But when a terrorist group threatens to detonate a nuclear device in Los Angeles, government agent Callie Ferris must use all her wiles to capture Cris and convince him to help her stop the cataclysm. I was rather disappointed with Next, and I'm quite a fan of Nic Cage. Like I said in the summary, the film was very promising, there were a few awesome action sequences (the one going down the cliff side was really cool!) but found that the film skipped a lot. Sure, I know this was supposed to represent his being able to see ahead at least two minutes into the future, but it seemed to be rather over done. It was confusing, you think one thing is going to happen and you get in the mood of the scene, and it ends up being a premonition.

The dialoge was OK, not creative, but hell, it's an action movie, not a drama comparative to Million Dollar Baby or anything. The use of the camera was amazing, especially the scene on the tanker at the end when he was searching the entire deck with his premonition. All in all, what one would consider a good action movie, except for the ending. It builds up, the audience is expecting a great, explosive finish (pardon the pun) and all you get is a boring ending.

All in all, about 7 out of ten. I enjoyed watching this movie completely, I mostly liked the way the story was put together and how the movie interacted with its music, but there were some points I wondered about, that keep me from giving it a 10/10 rating: First of all, what was the deal with the terrorists? I mean, their aim could at least been portrayed in a short sequence - at least to justify the use of an atomic bomb.

Also, this scene on the bed, that reoccurred in the end: it shouted "key-scene! key-scene!" all over the place. The fact, that this guy can look 2 minutes into the future is rubbed into your face for the whole duration of the movie, so it is pretty obvious that this scene would be the point that occurs twice at least... I think, it could have been done in a more subtle way...

Well, anyway - I enjoyed watching it. Not a "must see" but a "see" In Next, a crummy action and speculative-fiction hybrid, Nicolas Cage plays a guy who can see into the future two minutes at a time. It's too bad that Mr. Cage couldn't tap into those same powers of divination to save himself from making yet another inexplicably bad choice in roles. The Golden Man a lot but the 2 main differences is that the book is set in a post-Apocalyptic america and the enemies are mutants not terrorists

Submitted 1 day(s) ago by ameliasampson

Submitted 4 day(s) ago by verdeverde

Submitted 9 day(s) ago by ameliasampson

Submitted 17 day(s) ago by xbalderrr

Submitted 22 day(s) ago by zemlotka