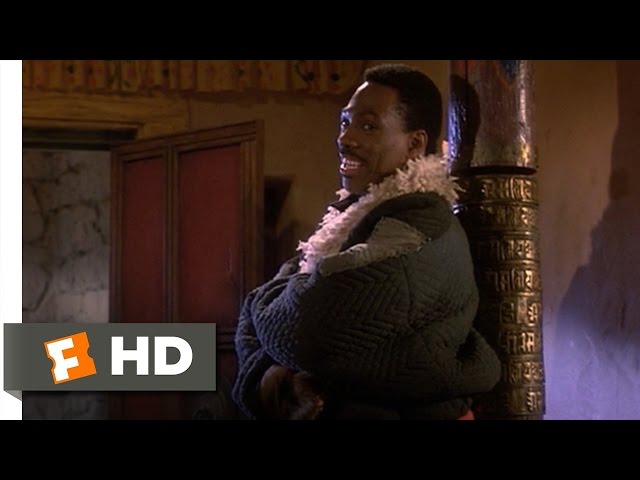 
In an unknown location in Tibet, a young boy with mystical abilities, the Golden Child, receives badges of honor and demonstrates his power by reviving a dead bird, which is to become a constant companion. However, a band of villains led by a mysterious man breaks into the hidden temple, slaughters the monks and takes the boy away. Some time afterwards, a young woman named Kee Nang watches a Los Angeles TV show in which Chandler Jarrell, a social worker who is confronted by a young Asian woman who tells him that he is the Chosen One destined to save The Golden Child, the savior of all mankind, from the clutches of the evil demon Sardo Numspa, who won't rest until he sees to it that the boy is in his clutches. But Jarrell disbelieves the mysticism but he finds more and more evidence of demon worship as he starts investigating. A private detective specializing in missing children is charged with the task of finding a special child who dark forces want to eliminate. This is a strange movie. It falls somewhere between being a comedy/supernatural/action flick. Without Eddie Murphy, this movie is definitely a BORE (except for maybe the eye-candy Ms. Lewis provides). In the end, I'm sure we have all seen worse movies (haven't we?). THE GOLDEN CHILD

It has been a lot of years since I last watched this film, and even though it was still very good... it was not as good as I used to think it was.

Eddie Murphy is a legend. I love his movies from the 80s. He was so funny. Don't get me wrong... he still is, but he is more family friendly now. I thought he was funnier when he was swearing etc... his stand up gigs (Delirious and Raw) were brilliant.

The Golden Child was funny, but not as good as some of Eddies others.

There were a lot of special effects in this. They were great at the time, but these days they look pretty weak. The story was good though. I liked the idea of the knife and the way Eddie has to get it. The bad guy, played by Charles Dance, was awesome. I loved the way he was so British and calm through the whole film. He played the part really deadpan. I also loved the creature he turned into near the end. The only thing I am slightly disappointed about, was they killed him off too quickly. They could have stretched the ending out a bit. It seemed to end very quickly.

But I love a lot of 80s films... I honestly believe they were brilliant. The look of them, the stories, the effects and the soundtracks were great. You can almost always tell an 80s movie from the background score of a film.

A great movie, but not as good as Coming to America, Beverly Hills Cop, Trading places etc...

http://www.facebook.com/pages/Ordinary-Person-Movie- Reviews/456572047728204?ref=hl Eddie Murphy's latest is a flabby disappointment. The jokes die, the action curdles. Much of it falls as flat as smashed tinsel.

Submitted 98 day(s) ago by advsoftware

Submitted 117 day(s) ago by williamsmith64

Submitted 117 day(s) ago by advsoftware