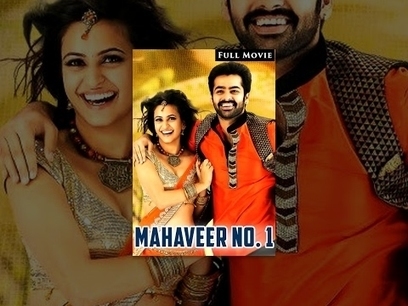 
In Moscow, the FBI and their Russian counterpart, the MVD, are working on a joint mission to apprehend Russian mobster Ghazzi Murad specifically for the murder of Mayor Nikolai Semankho. During the arrest, they are forced to kill Ghazzi. Ghazzi's brother, Terek Murad, also a mobster, begins his own form of deadly retribution against the MVD for Ghazzi's death. But the FBI and MVD also get wind that Terek has hired an assassin by the code name Jackal to carry out a hit on a high profile but unknown American target for the Americans sticking their nose in Russian affairs. Intelligence points to that target being Donald Brown, the Director of the FBI. The Jackal is known only by name and reputation but no one in authority knows who he is, what he looks like or if he even really exists. They learn of only one person alive who they know has had ties to the Jackal: former Basque separatist Isabella Zanconia, whose whereabouts are unknown. As such, the FBI and MVD decide to turn to the one person they know who has had ties to Isabella: Declan Mulqueen, who is currently in an American prison serving twenty-five years for his deadly IRA activities. To their surprise, Declan purports to have met the Jackal. Although they are unable to meet all his demands including not being able to guarantee his release and return back to Ireland after all is said and done, Declan agrees to help them on the promise that they will do their best to meet that request. What happens is largely a function of Declan's relationship with his two handlers, the MVD's Major Valentina Koslova and FBI Deputy Director Carter Preston, the latter in particular who does not fully trust Declan. It is also affected by the nature of the history between Declan, Isabella and the Jackal. Through it all, Declan may, if given the opportunity, do what Carter believes he will do, which is run without keeping to his side of the bargain. An imprisoned I.R.A. fighter is freed to help stop a brutal, seemingly "faceless" assassin from completing his next job. I think the movie The Jackal was excellent on several level's between the way he conducted his business to his demeanor and disposition through out the film. He acted as if he was really an assassin covering his 6 every where and taking the right security measures to insure his identity remain non existent and the way he chose to use and order money and weapon's. I think the way Sidney Poitier carried himself as an FBI Deputy Director was good, he knew what to say and how to say it as well as how to make sure his track's were covered when it came to securing a witness. The Witherspoon guy should have listened then he'd still be alive but being by the book got him killed. One review above says "Gere did a credible job with an Irish accent". Another points out that the director was so lazy that he didn't care that the IRA man had a Southern, rather than Northern Irish accent. According to the Trivia, Gere worked with a voice coach to get it right.

All I can say is, that both my wife and I commented the moment he opened his mouth, that we could not work out from where he was supposed to come. Clearly the intention was Irish, but it was so awful that it defies description. I couldn't say it was Southern rather than Northern, because it was so terrible that you couldn't begin to ascribe it such an accolade of being recognisable as either.

Did add a nice touch of humour to the film, though. Amusing performances -- especially from Willis, who takes on a new personality with each new hairstyle -- can't disguise the fact that the film is basically a pastiche of recent movies. During a joint FBI/MVD sting, Major Valentina Kozlova (Diane Venora) of the Russian MVD (Ministry for Internal Affairs) shoots and kills mobster Ghazzi Murad (Ravil Isyanov). To retaliate, Murad's brother Terek (David Hayman) hires a shadowy international assassin known only as the 'Jackal' (Bruce Willis) to kill FBI Director Donald Brown (John Cunningham). Meanwhile, FBI deputy director Carter Preston (Sidney Poitier) and an imprisoned IRA sniper/terrorist Declan Mulqueen (Richard Gere), the only one who has ever seen the Jackal, are charged with identifying and stopping him. The Jackal is a loose remake of the 1973 film The Day of the Jackal, both of which are based on a 1971 novel, The Day of the Jackal, by English writer Frederick Forsyth. The novel was adapted by Scottish-American screenwriter Kenneth Ross for the 1973 film. American novelist/screenwriter Chuck Pfarrer loosely adapted Ross' screenplay for The Jackal. $70 million (US). In The Day of the Jackal, he only asked for $500,000 (US) to kill French president Charles de Gaulle. No definitive answer is given in the movie. Viewers have suggested several reasons, such as (1) Lamont got greedy, asking for $100,000 beyond the agreed-upon price of $40,000 and, in all likelihood, would have continued to blackmail the Jackal for more money in the future, (2) Lamont delivered a less-than-perfect weapon (the sighting range was off by 3 millimeters), (3) once he shot off Lamont's arm, the Jackal had to tie up the loose end, (4) Lamont was just plain annoying, and (5) the Jackal basically took out everybody who could become a threat to his identity. After the Jackal fails to assassinate the First Lady (Tess Harper), he makes a run for the Subway, changing his disguise along the way. Declan follows him. When the Jackal notices Declan getting closer to him, he leaps across the train tracks in front of the oncoming train and begins to run back down the tracks. Declan continues to follow until the two finally come face-to-face on the platform where the Jackal has shot a guard and taken a young girl hostage. To save the girl, Declan is forced to drop his gun and kneel. Just as the Jackal is about to shoot Declan, a shot is fired and the Jackal falls to the platform, a bullet in his neck. The Jackal's gun goes off, hitting Declan in the shoulder, and the camera pans to show Isabella (Mathilda May) holding a gun. She goes to help Declan, who notices the dying Jackal slowly pulling a gun from his pocket. Declan grabs Isabella's gun and fires a dozen bullets into the Jackal, killing him. Days later, as Declan and Preston watch, a pine box is lowered in a grave, and Preston wonders whether they'll ever know who the Jackal really was. As Declan and Preston leave the cemetery, Preston apologizes for not being able to get Declan a pardon and reminds him of the key given to him by Isabella. In the final scene, Preston goes off to buy himself a coffee, leaving Declan to walk down the road in the opposite direction. It's called Superpredators by Massive Attack. The rest of the corresponding scenes to songs can be foundhere.

Submitted 2 day(s) ago by jasonmemiler