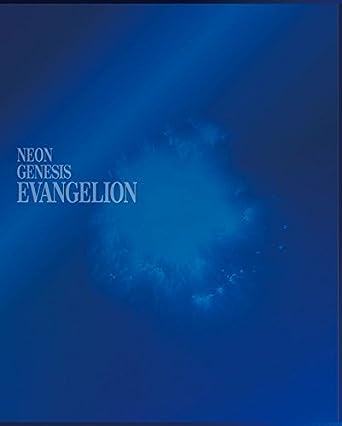 
NERV faces a brutal attack from SEELE, but with Asuka in a coma, and Shinji in a nervous breakdown, things soon turn into the surreal. This movie provides an concurrent ending to the final two episodes of the show "Neon Genesis Evangelion". After the defeat of the final Angel, Shinji Ikari falls into a deep depression. When SEELE orders the JSSDF to make a surprise attack on NERV's headquarters, Gendo Ikari retreats down into Terminal Dogma along with Rei Ayanami, where he begins to advance his own plans for the Human Instrumentality Project. Eventually, Shinji is pushed to the limits of his sanity as he is forced to decide the fate of humanity. WARNING !!! SPOILERS! It took several viewings of this awesome conclussion to one of the best series ever released.... ok, enough of that, it starts of with NERV hq being overrun by SEELE special forces, it picks up where Death and Rebirth left off, with Asuka in Eva-02 at the bottom of the lake in the Geo Front, Rei and Gendo down in Central Dogma looking at Adam, and Shinji doing what he's best at, whimping out, not wanting to get into eva-01. Now it gets weird, Ritsuko tries to rewrite the Magi's program to let in the other 4 Magi systems, but she is stopped by Caspar itself and then Gendo shoots her, fun. meanwhile asuka, in eva-02, dismantles half of SEELE's mobile forces then the rest of the Eva series is deployed on her. she "destroys" 9 eva's before her batteries run out, but the other Eva's have the S2 system and regenerate, and then shinji gets onto the scene and is crucified.... in the end the whole big idea is this "shinji, you can kill everyone and unite them into one in order not to be hurt anymore, or you can return everything to how it was" but i still haven't figured out the very last scene... I just watched the movie and I thought now would be the perfect time to express my feelings about this movie. End of Evangelion (in my opinion) is the greatest movie ever made. The writer and co-director of this movie; Hideaki Anno, is a genius when it comes to analyzing the emotions of the Human race.

The first part; "Air" (episode 25), follows the Evangelion story well in describing what happens after episode 24. It depicts the events leading up to the inevitable Third Impact (which will take place in episode 26 "Magokoro wo, kimi ni"). Much of the mystery revolving around SEELE, Second Impact, and the Evas themselves will be revealed in this episode (not to mention an excellent battle between Asuka and the S2 series). I would like to take this moment to add that if you do buy/rent the DVD; after you watch the movie itself, watch the commentary after and prepare to be amazed by all the new information you'll find out.

The second part; "Magokoro wo, kimi ni", depicts Third Impact (basically everything goes to hell). During this part Shinji goes on a journey through his own emotions and the depths of his soul with Rei (or I should say Lillith) as his guide. In the end Shinji is faced with a choice; allow all of humanity to remain as one being for eternally in a state of content or return us to our individual forms with all of our human emotions. I don't want to give away anything else so if you're a Neon Genesis Evangelion fan do yourself a favor and rent this movie.

Submitted 22 minute(s) ago by evalync07

Submitted 1 hour(s) ago by monotoon

Submitted 2 hour(s) ago by vibrasionmadat

Submitted 2 hour(s) ago by evalync07

Submitted 2 hour(s) ago by catalaya18