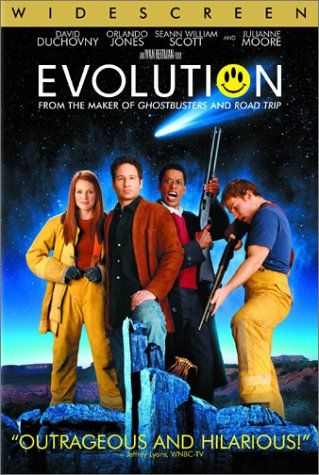 I was a teenager (about 17-18) when I saw the first season on my local TV (back in '98) and I was immediately obsessed with this "alien" series! I do not recall that any TV show had such a strong impact on my poor little SciFi soul since I was a kid (hint: Star Trek - The Next Generation). This was something completely different, deep and exciting at the same time. I do not recall if any SciFi show took the challenge portraying a possible human-alien relationship in a deep social & philosophical way except EFC. Forget naive, mediocre, cheap plots served in most SciFi series (well, including famous The X-Files saga) with unexplored/unexplained "conspiracy" in the background. This show had had "something", I cannot define exactly what, some secret chemistry which filled every part of my heart & soul. Outstanding visual appearance, genuine alien make-up (& voice altering technique) created truly realistic in-depth portrait of the Taelons aliens in such a fashion unseen ever before. Every SciFi fan's dream almost became reality. Until recent months I was unable to see rest of the seasons and all this years I was really building a great expectation for it.

Where's Boone? First half of the season 2 had some serious problems, actors struggled with lack of continuity, Lisa Howard (Lili Marquette) and Richard Chevalleau (Augur) had a hard task to accept Richard Leeshock (Liam Kincaid) as their new "true" leader (so, Boone was just "warming us up"). Stories were predictable, with not enough philosophical depth. In fact, I think that entire 2nd season was a repetition of the very same stories (in mixed order) from the previous season - with the only one difference - main character was switched! Second half of season 2 finally landed on it's feet and succeeded to establish new order (deal with it - or leave). Liam and Lili became a "team" against the Taelons, with help of Augur, off course, great finale of season 2 was brilliant and unpredictable. Okay, I forgive "them" for the Boon's dead, just leave the main crew intact, OK?

Wait, now Lili's gone, too!? Season #3 - new shock! I thought that no one will ever leave this show (with great potential and initial story), but devil's never asleep. Again, stupid storyline, whenever a leading character "has to leave", writers incorporate that cheap moral stuff like: "This is my destiny" or "I have to leave now... I feel it was meant to be". Anyway, season #3 was interesting in some moments, but not in original fashion that season 1 introduced. Introduction of Renee Palmer (Jayne Heitmeyer), actress that really has a potential but def. not in SciFi series (rather in some action/love genre) gave a hard effort to look as realistic resistance fighter. Later, in season #3 she manages to grasp chemistry with Liam, but that will never be the same as Lili had with Boone. Kevin Kilner was great, his face had so many layers - it looked as he was serious & smiling at the same time, it was mystical, same as show. Liam's appearance was so much simpler, naive, how should I say... straight forward ("I am a good guy, you can trust me"). Reccuring role of Lisa Howard as Lili Marquette at the season #3 finale was very poor and disappointing for me. I expected much serious approach, there was no trace of old Lili I've used to know, she changed a lot somehow... a warrior, a temperament mystic girl evolved to a soft 'mother'. (Personal observation: Lisa Howard was pregnant during the season #2 and eventually became mother in real life (daughter Sofia), so this was maybe the intended "parallel" writers used in the show, but that was so off-the-original-course I actually expected - a much serious real Jaridian invasion was in order).

And so the 4th season began... guess who's missing now? Frustration about Lili left a bitter taste in my mouth, now Augur left the series from this point (appeared later in 3 episodes as a guest star) and was "replaced" with some neurotic funny girl named Street (Melinda Deines). Perhaps casting personnel really discovered Melinda on the street and that's how she got her name "Street" in the show. :) First half of season #4 was pretty much the same thing as major episodes in season #3, even worse 'cause Augur wasn't there; constant drifting around the same plot variations (e.g. Taelon conspiracy & experiments on humanity), simple, one-dimensional characters and plot layering almost burned out all the efforts incorporated before. But suddenly there comes a breakthrough: from the episode 4.13 "Dark Matter" series finally finds new way, almost sound like the writers decided to get back on original course and from that point new hope reveals on dark horizon. Unfortunately, not for long

And now for something completely different: No more Taelons, no more Da'an (great Leni Parker and yes, she's a woman!), no more Jaridians... only beasts and Pam Anderson :) I really wasn't strong enough to watch entire last season. Complete disaster of anything was told from the very beginning, a rip-off version other mediocre shows like Buffy, Angel, poor elements of Alien (Sigurney Weaver). New faces came out of nowhere brings the show to the dead end. Even Boone's Awakening was done intensionally, probably to boost poor TV rating... for viewer's sake, why didn't awakened him few years earlier???

Final words: Conclusion is impossible for such a multi-dimensional series (after all), there's always a hope (as Da'an used to say): some day humanity will evolve to a new level (maybe) where those mistakes seen in this TV series won't happen anymore. Maybe there will be a remake some day, even full feature movie (who knows), but for me now only exists 4 seasons of this great show and I imagined my own version of the end. ;-)

Sinauhi Euhura 'Wachenroeder ' speaks truly when he praises the first episode of this sci-fi series. Many other sci-fi aficionados have made much the same observation. All who know and appreciate a good story well-told also agree that all episodes after the first series ended are complete and utter rubbish.

After the tragic death of the creator, the great Gene Roddenberry, the producers seem to have completely lost faith in the project. It was always going to be one of those slow-burn successes, because it was so very different. But it was a high-concept, stylish adventure that was full of wonderful ideas that could have sustained any half-decent writers for many series without any lapse of interest. They just had to keep faith with Roddenberry's intriguing ideas and follow the cues he had already established in the early episodes.

I really do consider this might have been second only to the genius re-boot of 'Battlestar Galactica' had it been allowed to develop. Then it would have merited 9 or 10. But as it turned out it is only worth a grudging 1.

It was killed after Series 1, without even any pretence of plot or character logic, and some sort of Frankenstein's monster was cobbled together out of the mangled corpse, that bore no relationship whatever to the original - or even to anything resembling a coherent and well-written drama.

There are - I regret to say - some Americans here who seem to think the other way around: that the first series needed drastic action to make it appealing to the US market. More violence, more monsters, no boring character- building and lots more shooting and explosions. Definitely no confusing alien invaders some of whom you were actually supposed to like and admire, and get rid of all that boring grown-up diplomatic activity when you're supposed to have heroes who only KILL all aliens all the time - in every episode!

Don't listen to these children. For any adult with half a brain, distaste and boredom are the only possible reaction to what followed the superb first series of Roddenberry's sadly abortive last sci-fi series.

Submitted 7 hour(s) ago by williamtech25

Submitted 5 day(s) ago by dennisunderwoodusa